Home Projects Products Gallery I Support
Coming together is the beginning!
Keeping together is progress!
Working together is success!
Our history
Despite its increasingly upscale look as destination for tourists, the majority of the actual population in the Palani Hills around Kodaikanal comes from farming communities including day laborers in economically weaker sections of society. The more well-to-do landowners and business operators form a minority of the demographics, while tourism accounts for a floating seasonal population. Some of the villages around Kodaikanal come under tribal belt.

With the great push to eradicate Poliomyelitis in India, in 1989, many in the Rotary Club of Kodaikanal expressed a concern for those already marginalized in society as a result of this infectious viral disease. The Rotary Club of Kodaikanal organized a local screening camp for those with disabilities with the help of Government Institute of Rehabilitation Medicine (GIRM) Chennai. During the camp were identified not only many children with Polio but other disabilities. It was found that due to the difficult mountain terrain many such young people in need could not be brought for medical treatment or corrective surgeries or for any other facilities for rehabilitation programs like assistive devices and education and were effectively immobilized “shut-ins”. Rotarian members alarmed by the inhumane state of affairs in the outlying villages reached out to the Church of South India, in particular, to assist in the creation of a Rehabilitation Centre in Kodaikanal to offer services to such children with disabilities. The Church of South India, Madurai-Ramnad Diocese offered the premises next to its C.S.I.Town Middle School on Woodville Road in the heart of the town of Kodaikanal to start a Residential Polio Home. 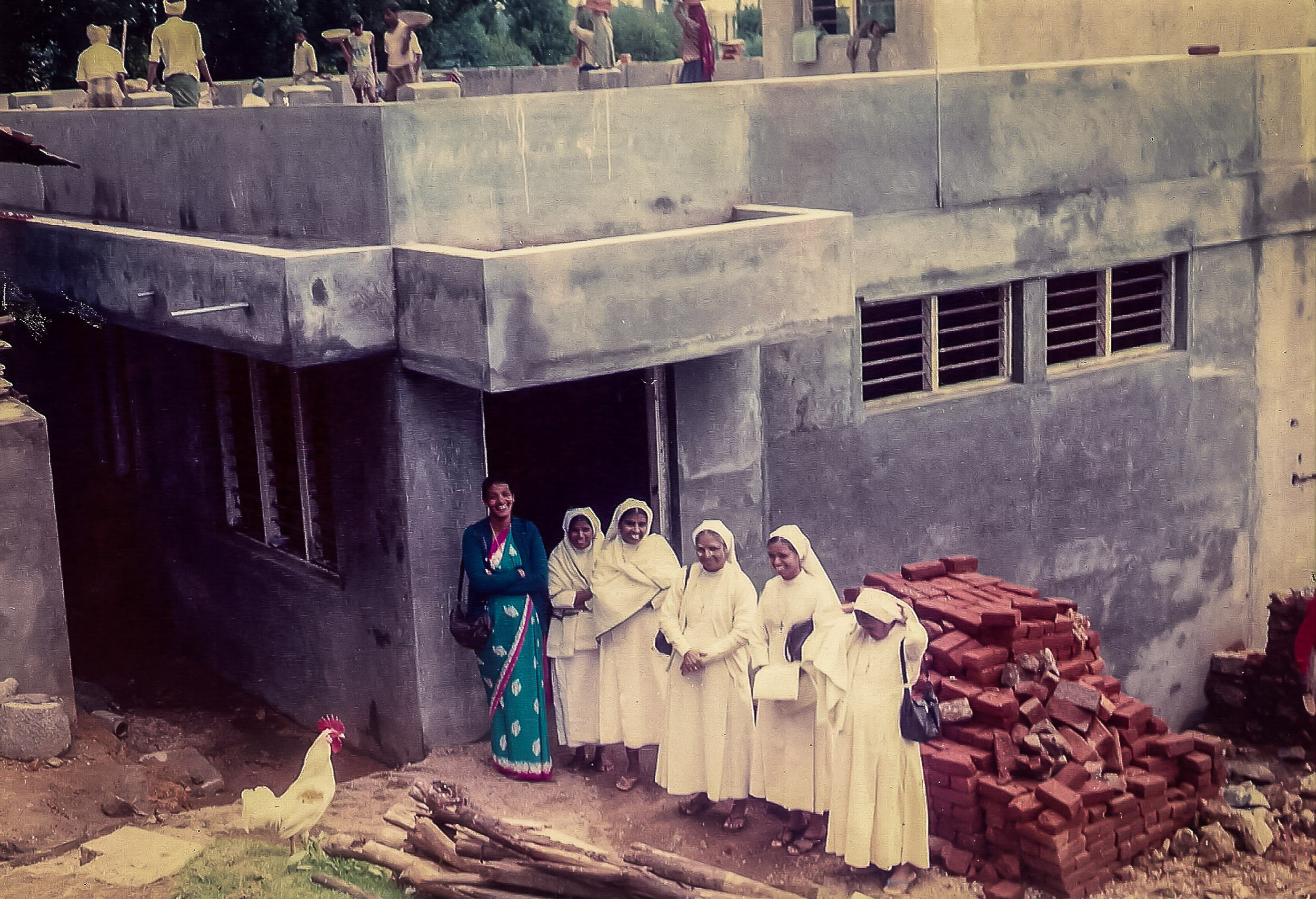 The C.S.I.Polio Home started functioning on 17 October 1992 with twelve Polio-affected children coming from in and around fifteen kilometer radius of Kodaikanal Town. The Sisters of St Anne’s in partnership with the Church of South India took up the day-to-day management of the Home. This was made possible by the kind support and co-operation of the then Archbishop of Madurai, Most Rev. M. Arockiasamy.

The “Polio Home” operated under the criterion of “Ecumenical Service in Action”. The “Polio Home” started out by providing Residential facilities, appropriate associated services like Education, Physical therapy, Corrective Surgeries, Post-operative follow-ups and other Medical needs all rendered free to these children from the economically weaker section of the society. Moreover, it became clear that opportunities had to be created for these children to be integrated in the community with normal folks both socially and educationally and also occupationally for their holistic development. Most of the Polio-affected children underwent corrective surgeries in Grace Kenneth Foundation Hospital, Madurai. Follow up was done in Van Allen Hospital Kodaikanal. Some of them had bravely to undergo four to five surgeries to use their calipers or crutches to walk independently. All the Polio-affected children attended regular schools in Kodaikanal in an Integrated Education Program, which was a condition set by CBM.

From the years 1992 to 1998 an Orthotechnician from Madurai made traditional heavy metal calipers for the children. With more admissions, more need for Orthotic aids arose. In partnership with Mobility India, Bangalore, a full-fledged Orthotic engineering shop making light weight polypropylene calipers with a full time Orthotechnician working was established in 1998 at the Polio Home itself in the presence of Mr Chapal Khasnabis, Director of Mobility India.

With the Government of India’s Eradicate Polio program showing a positive impact all over the country, new cases of poliomyelitis drastically reduced to now zero. The Polio-effected youngsters who CSIRC helped come up, now work in the society often earning better than their parents before them. Many are settled with families of their own. Other intractable developmental disabilities, nonetheless, like Cerebral Palsy, Mental Retardation etc. were found to be on the rise! The need for starting a Day Care Centre for Cerebral Palsy soon became imperative. 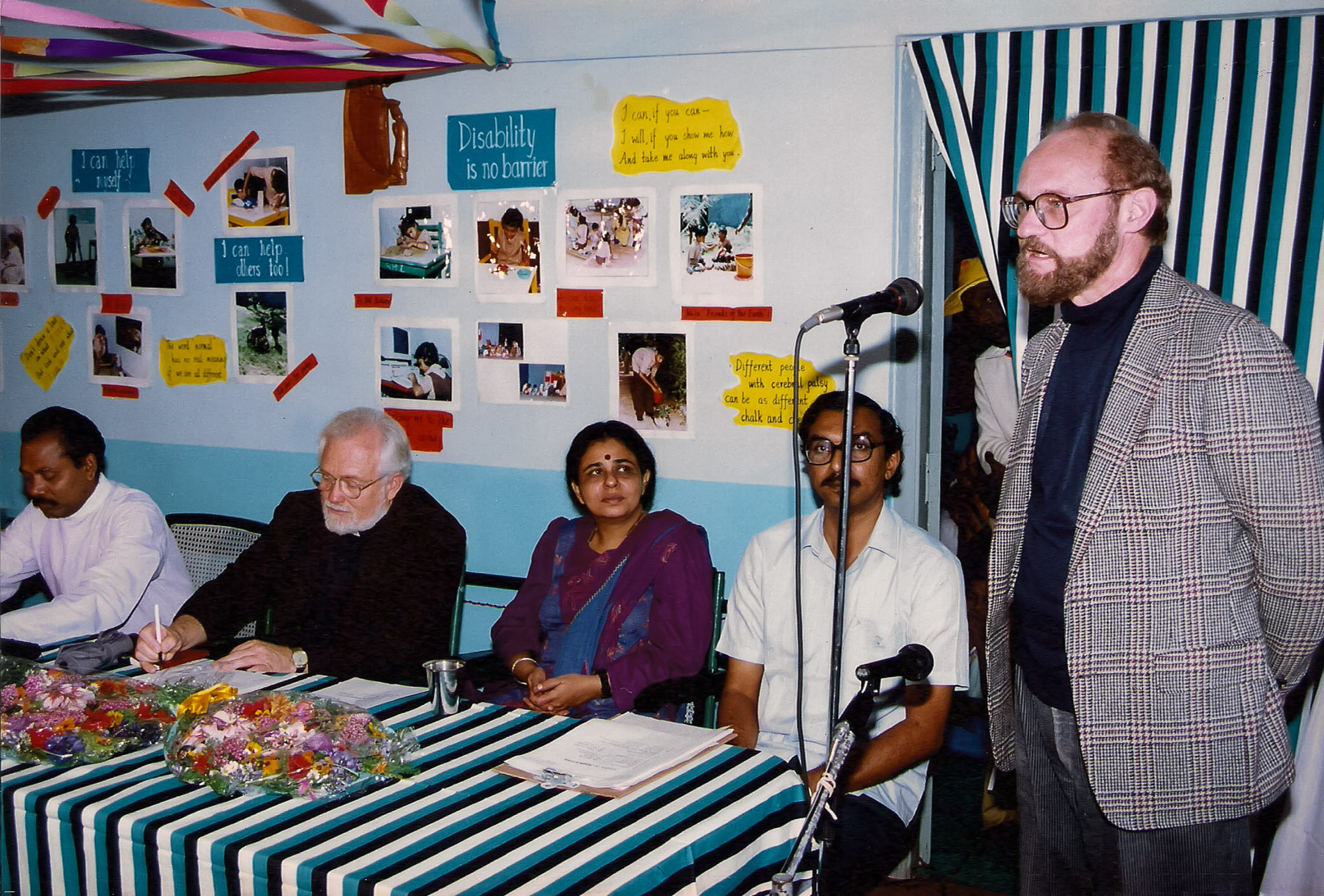 On 17 January 1994, a Day Care Centre was established in the centre, functioning with five children with Cerebral Palsy. With the number of admissions going up day-by-day, in one and a half years the Day Care Centre became a Diagnostic Day Care Centre.

On 7 August 1995, the Day Care Centre was dedicated by Bishop Rt.Rev.Dr.D. Pothirajulu of CSI Madurai-Ramnad Diocese and inaugurated by Ms Claudia Koenig, Deputy Regional Representative of CBM (Formerly Christoffel Blinden Mission, Germany) to serve fifteen children with Cerebral Palsy and Mental Retardation, a program in partnership with Bethania Foundation, USA. The launch took place in the presence of Dr C Ravindranath, Director, Regional Rehabilitation Training Centre, Madurai and Ms Poonam Natarajan, Director Vidya Sagar, Chennai (Formerly, The Spastics Society of India, Chennai). In technical partnership with Vidya Sagar the selected staff was trained in handling Special Education interventions. On 7 September 1996, with the initiative of our Centre a special school was established in Poombarai village with the help of Bethania Foundation, now being managed directly by Bethania Foundation. With children flourishing day-by-day, many of them attaining adolescence, a Pre-Vocational Unit became necessary.

On 12 June 1997, a pre-vocational unit was opened. Children were introduced to many skills under graded exposure in a simulated working condition. They made many Papier-mâché products of much beauty and value. This training helped them to learn vocational discipline, pre and post organizational expertise and many other work skills. A thorough Market Study was done on the local needs and Product Surveys were conducted for selecting income-generating projects. With Kodaikanal becoming Plastic Free in the late 1990s through community efforts, manufacturing eco-friendly, biodegradable leaf plates suited our own needs the best! On 28 August 1998, with three pedal-operated adapted leaf ware making machines, a Pre-Vocational Skills Development Unit was started for the senior students. The Leaf Ware manufactured here has a good market in the hospitality fields and the young adults felt proud as they also contributed to preserve the environment by Keeping Kodai Clean! The need for one more eco-friendly product came—Paper Bags! Shops and bakeries needed them in the efforts to eradicate plastic carry bags. 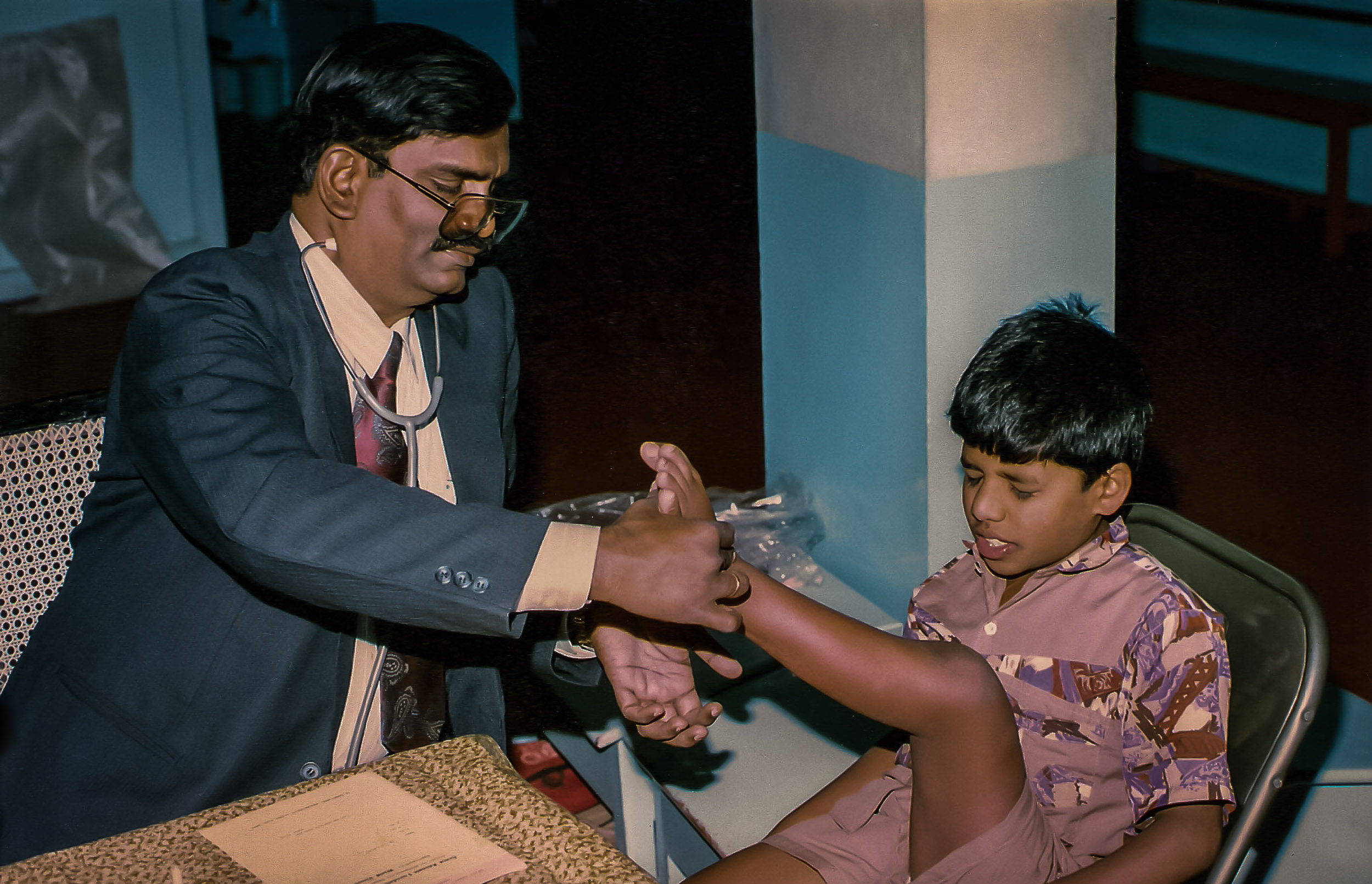 And then … on 3 July 2000 a Paper Bag-making unit became a part of the Pre-Vocational Skills Development Unit. There is a constant order for these items from bakeries and shops and this unit is forever busy! In the meantime, children with Visual Impairment, Speech and Hearing Impairment in the community needed intervention. In the year 1996 the Pre-School section for Visually Impaired students and Speech and Hearing Impaired students was opened in partnership with Holy Cross Service Society, Thiruchirappalli (HCSS) with the able support of Prof. Dr. S. Prabakar Immanuel, Director of HCSS.

The third project in the Pre-Vocational Skills Development Unit was Paper Cups to replace the Styrofoam (thermocole) and plastic cups used for tea and coffee in the hospitality industry. In the efforts to reduce synthetics in Kodaikanal these cups for the local market came from the plains valley below and now for the first time the same product would be manufactured in Kodaikanal itself and that too by these special people! The machines were specifically adapted to suit the needs of the young adults who work on it. In the year 2009, the Paper Cup unit started operating in full swing, producing a fine product!

A Lamination Machine was acquired and a new project to make Laminated Table Mats with beautiful sceneries of Kodaikanal was started and young adults were trained on a new skill. An Ear Mould making Unit was started in 2013 to produce ear moulds for hearing aids to be used by children with Hearing Impairment. Our own Orthotechnician got trained in this technology and does all the moulds require by the children at the centre. In February, 2018 an Early Intervention Unit was started to provide children between the age of 0-6years, with developmental delays, an environment for learning through experience and play enabling them to improve their quality of life. Today CSI Rehabilitation Centre offering outreach and in-house services to more than a hundred children and young adults with special needs.

We help our differently-abled students to find placements after their studies or training locally or in other places. The students from our Centre are working as Entrepreneurs, Businessmen, Marketing Personnel and Employed persons across the state. They might have a Government Job, Own a Photo Studio, a small Shop, work at Mother Teresa Women’s University as Lecturer and Administration staff, be a Photographer, Accountant, Music Teacher, Receptionist, Agriculture, Caretaker, Two Wheeler Mechanic Shop, work at the Petrol Station, or Restaurants, Bakery, as Caterers, Orthotechnicians, Packaging Industry, Bank, Physiotherapist, Insurance agent, Computer trainer. And the journey continues ...
Get to know us
Mission & Vision Administration Annual reports Volunteers History Map
Follow us on
Instagram Facebook Youtube Twitter
Other links
Photography Web design Editing
Enlightened & Consistent
Program of the
CHURCH OF SOUTH INDIA
Madurai-Ramnad Diocese